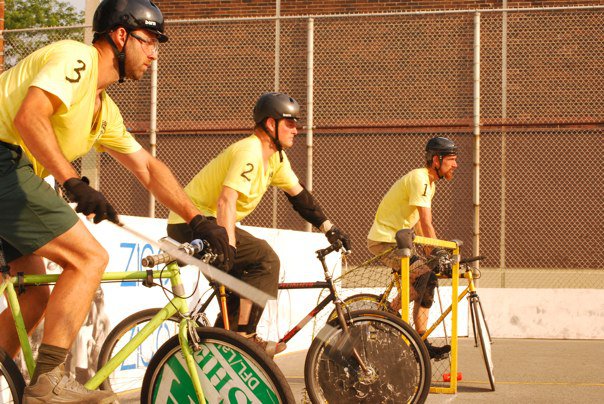 Preface: I have come to revere many people in bike polo, for many reasons. The following focuses on my time in the organization of bike polo through NAHBPA. Apologies to anyone who feels they’ve been overlooked. You have my gratitude.

In the summer of 2006, I was working for a bike shop in Chicago. I’d recently acquired a 1966 Schwinn Stingray Fastback and I decided to take it out for a spin to watch a roommate’s kickball game. No bag, no wallet, and more importantly no patch kit.

Sitting watching the kickball game in the park, Stingray with a serendipitous flat by my side, my eyes began to wander: people with their dogs; parents with their children; soccer players.

People riding bikes in the grass? 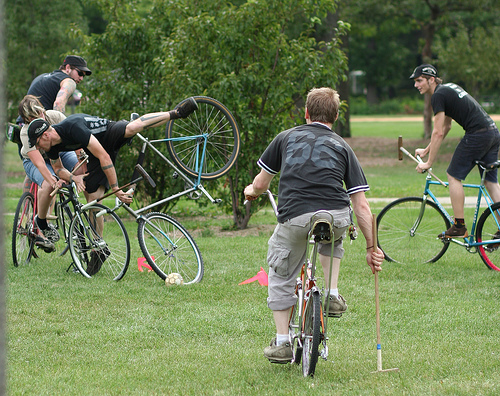 Someone must have a patch kit. I recognized one of my co-workers, Owen, who helped me acquire the Stingray. I asked what they were doing as I was handed a patch kit.

I fixed my flat, stayed until the end of the game, and then got up to say thanks and goodbye. Someone asked if I wanted to play.

Owen pleaded that I not play on the pristine Stingray. But I did.

Nick Kruse says, “Bike polo finds people at the right moment.” It does seem like everyone has their moment. This was mine.

Many other people were having their moment around that time as well. We began to find each other. Early tourneys were regional, but they went continental within a year. 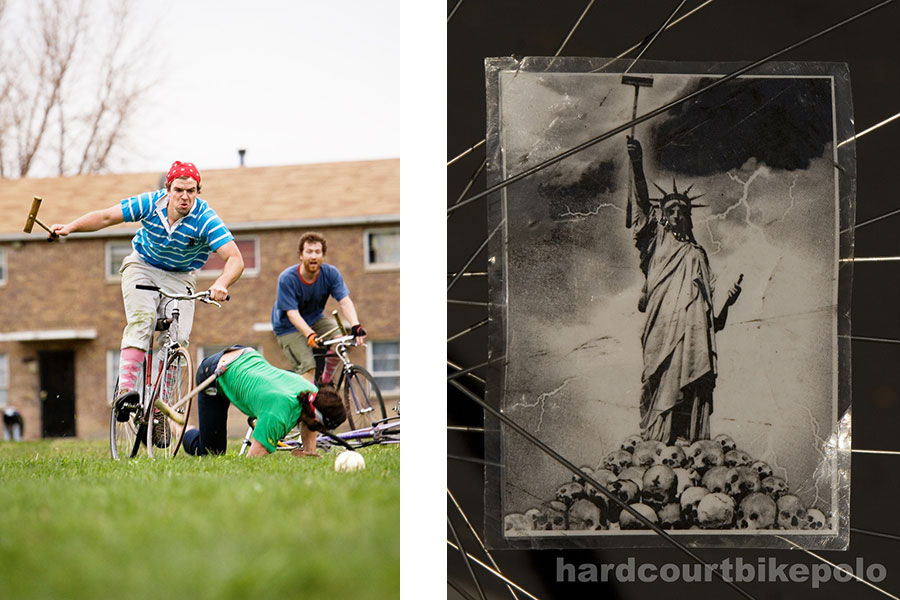 In 2007, NYC hosted the second annual Eastside Polo Invite (ESPI) and I decided to attend. This was my first hardcourt tournament. In fact it was the first time I heard the term “hardcourt” in relation to bike polo, courtesy of my host for the weekend, Doug D. If my first day playing grass polo was The Moment, then this was my glimpse of the future and it sealed my fate – I was completely hooked. I returned to the Midwest with the hardcourt game, a thirst for yellow gas pipe, and a new perspective on municipal facilities. 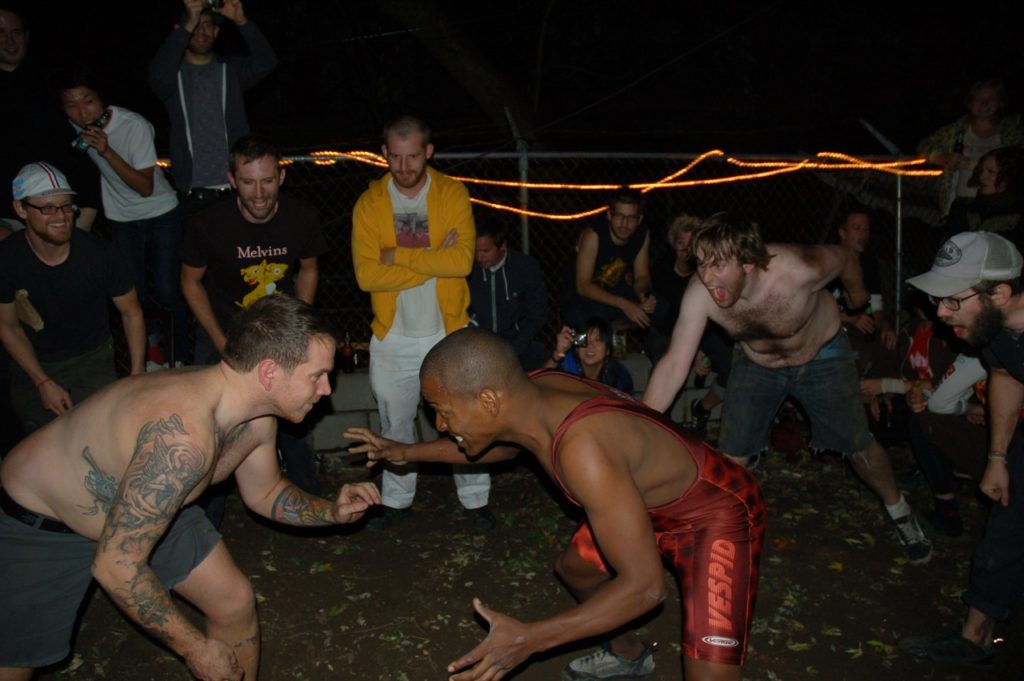 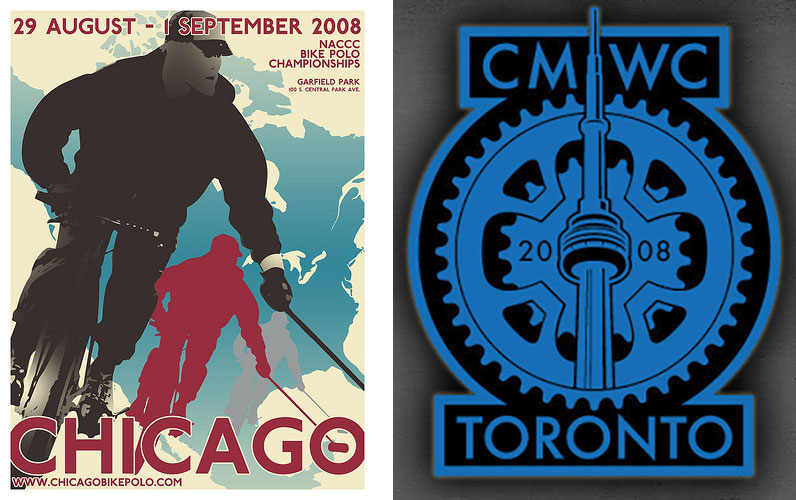 People were sharing mallet building styles, local culture and polo etiquette (“rule” was still a four-letter word), beds, music, blood, saliva; people were beginning to experiment with manufacturing equipment, comparing bike set-ups, trespassing on property, looting construction sites, clearing thrift stores of ski poles, invading bars – you name it. Little did I know that many of these people I met playing this beautiful game would go on to become lifelong friends.

By 2009, the first intercontinental World Hardcourt Championship was held in Philadelphia. Coupled with this tournament was a first attempt to introduce volunteer organization to the sport, through the newly-formed Hardcourt Bike Polo Federation.

But the effort lacked buy-in, and the community’s reaction was swift and harsh. It the first major occurrence of discord within our community, a look at the severe judgment awaiting to those who sought to organize hardcourt bike polo.

Which, in 2010, turned out to be the North American Hardcourt Bike Polo Association, or NAH (possibly the worst shorthand acronym ever employed for a heavily scrutinized organization.) 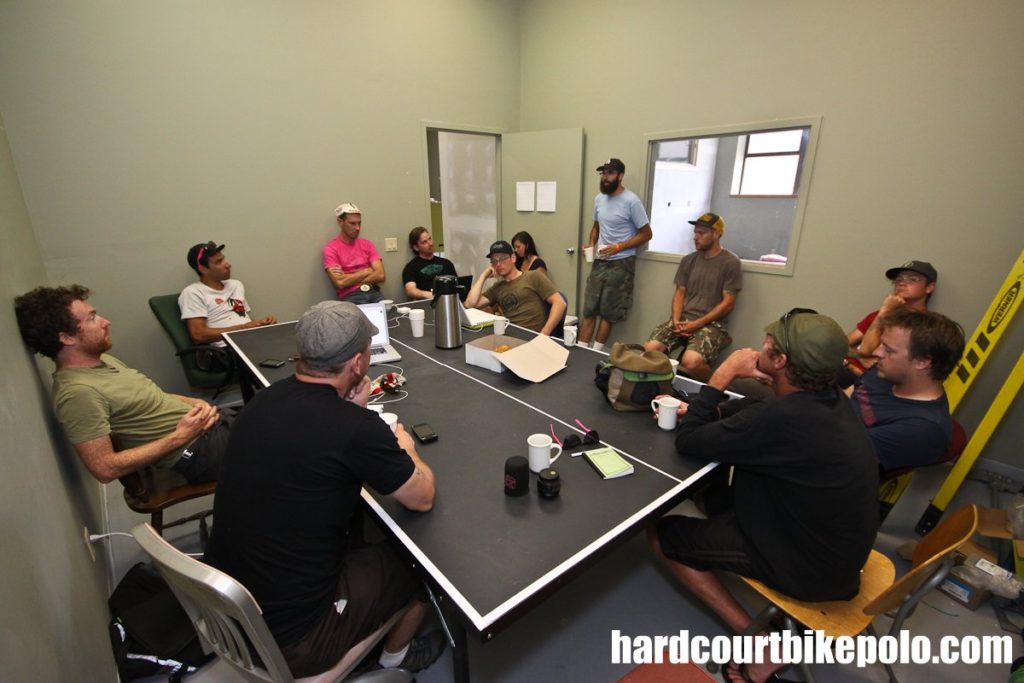 People were becoming increasingly competitive. They wanted to attend all the important tournaments but they also had to plan their vacation time. This mandate informed our goals: create a qualifying system, a tournament schedule, and a uniform set of rules, founded on a principle of collective decision-making.

Mistakes were certainly made, and made fun of. (I would really like to see the Hipster Hockey tumblr, just one more time.) But with a tremendous amount of hard work invested, we made progress and ultimately succeeded in meeting the goals we’d set at the beginning – to build a platform for competition while engaging the community in ongoing discussion about the direction of the sport. In the process we came to represent the standard for hardcourt bike polo organizing worldwide, particularly through the influence of the ruleset.

Now, after seven years with the NAHBPA, it’s time to pass the work along. Joe Rstom, Alias Tagami, Mark Aseltine, Adam Hite, and Jennifer Kurtzleb – folks who have worked very hard in recent years – comprise the new team. I have the utmost confidence they will continue guiding the NAHBPA, with respect for the sport and the community, and to help to make 2017 another breakout year for bike polo. Be sincere in your effort to support them.

NAHBPA is and always has been a volunteer effort. Therefore I must express my unfiltered love, respect, and appreciation for Kevin Walsh, Eric Ransom, Chandel Bodner, Joe Rstom, and John Hayes. These people worked their asses off, plain and simple. What each has given to this sport cannot be measured or repaid, but with respect to the latter, I’ll try. Finally, I thank Britt Willey for her guidance and support through it all.

My love of bike polo is complicated, but it runs deep. Many of you can relate. So have fun. Build community. Be inclusive. Allow for innovation. Communicate sincerely. Trust people. Compete and argue with respect. Be good to each other. Practice. 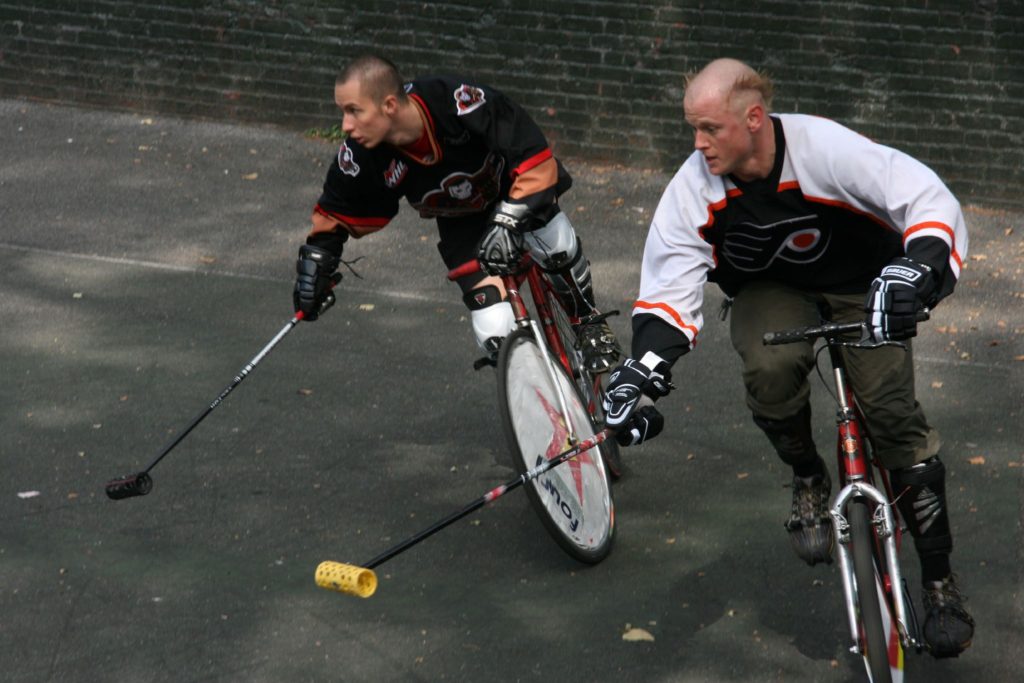 Photo credits: Doug D, Kevin Walsh, Peter DiAntoni, Andy Golding, Brad Quartuccio, Bruce Carver, and many other people that exist somewhere on the internet. All I can do is thank you for capturing these moments.