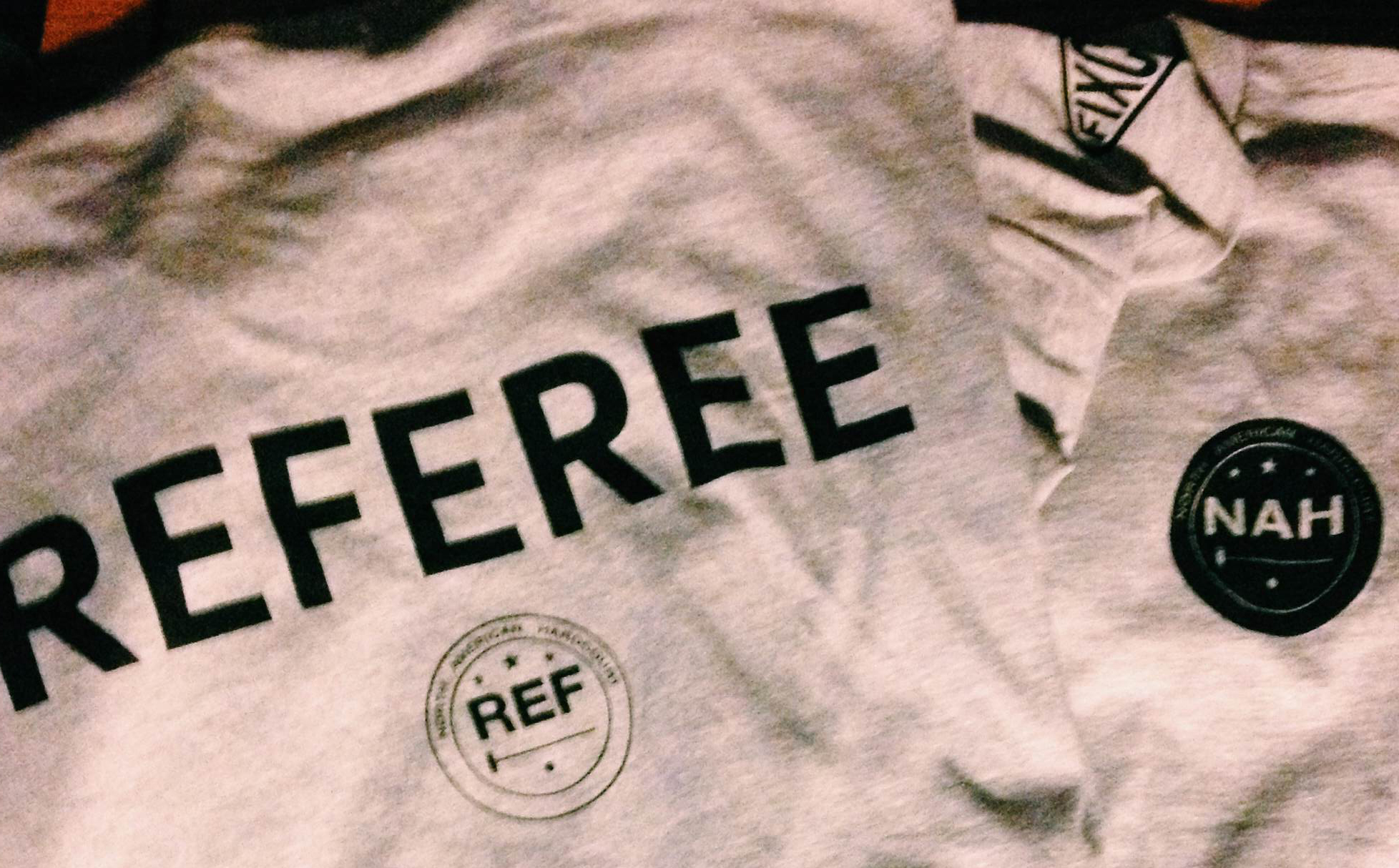 With a number of the most experienced NAH approved refs, and players from around North America attending the Great Lakes Winter Classic in Toronto this weekend, we are using it as a chance to playtest the proposed new Obstruction and Crease rules.

Thanks to Joe and Mark for their hard work in drafting this, and to the players of the PHPB for their input, and testing it. Thanks to Mr Do for the video used to make the clips.

We’ve taken clips of games from last year to provide examples of what is legal and what isn’t. There was no such rule when these games were played, so we aren’t suggesting any of these plays were illegal at the time.

Legal – Eddy has the opportunity to screen harder but holds back. This is an example of an equally effective block without impeding movement.

Legal – Henri nearly screens out Daren. He occupied the space early enough to allow the T-Bone to be avoided. Daren accelerated into the screen.

Legal – Joey has the ball, therefore Luca had the right to stop short on him.

Legal – David pivot turns, plants his rear tire and inadvertently causes a screen. David was merely playing the ball without intention to screen.

Illegal – Eddy drew the contact from Luca with the sudden change of direction.

Illegal – Obstruction on Will but not Polo. Polo just happens to be in the way while Will put himself in the way.