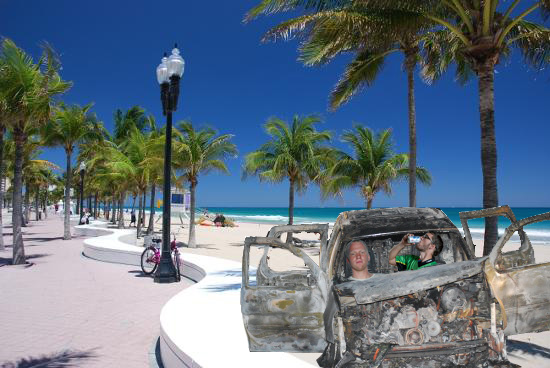 After great amounts of discussion (online as well as off, you can see the LoBP discussion here) and thorough consideration from North American Hardcourt’s 7 appointed regional board members, the tournament and sponsorship committees, AND the international community of bike polo, the debate has been settled! After a 5-2 vote, we are excited and proud to announce Florida will be hosting the World Hardcourt Bike Polo Championships 2013! The Fort Lauderdale, West Broward, Miami, Orlando, and the rest of the Florida clubs stepped up, congratulations on your winning bid!

Great bids were presented by both the Florida and Milwaukee groups, and a huge thanks and appreciation is extended to both for their efforts in creating a very difficult decision between the two. Ultimately, the voting went as follows:

The date will be officially set coming immediately, but there is a secure time from October 10-28 that can be used.

The location is the pristine and multi-million dollar park facility, Regional Park at Weston. See the link here., and the google map is here.

The court surfaces are smooth, professional grade hockey courts with 4′ walls, rounded corners, and an additional 4′ fencing around all courts. There is an option to utilize all 7 courts side-by-side to create identical courts, maintaining consistency throughout the tournament. The facility itself is virtually unmatched in it’s world class standards. Full access to running water, electricity, FREE WIFI, restrooms, an on-site YMCA with it’s own benefits, including an Olympic size swimming pool, and many other bonus’ to hosting here.

The proximity to two international airports, Fort Lauderdale and Miami, within an hour’s drive make this great for all travelers coming to North America – be they fom Central/South America, Europe, the UK, Australia, or Asia. It would be great to see some of the less noted clubs represent at Worlds due to it’s closeness to the Caribbean, Central/South America, and Mexico. With plans to shuttle/bus/drive the distance from the airports to the hotels/beach condos/camping available for the participants, the travelers can worry about their playing rather than their driving.

The area around Florida, including the closeness to the Keys, Caribbean, etc makes this a unique and popular travel destination for many people, so if you’ve ever wanted to create a trip around polo this is a great state to start in! I’m sure that in the next couple of weeks we’ll see other opportunities around the event that will allow for travelers from farther away to really take advantage of their time in the South East of the United States.

There will be many updates and details to come, but we are very excited to see Florida coming together to show North America and the World what they have to offer! We support them 110% and are confident that this will be a tournament that raises the standards yet again!

Thanks to everyone who weighed in on the discussion, and both Milwaukee and Florida for your bids.
North American Hardcourt