In an effort to provide a more equitable and competitive NAH Championship series, two key changes are being proposed to the qualifying system – the creation of new regions and a return to an open region qualifying system. The purpose of these changes is it make it as easy as possible for teams to attempt to qualify. The open region system will give players more flexibility as to where and when they attend a qualifier. The creation of new regions will make it easier for those teams from areas who previously found it difficult to travel to qualifiers previously, or where qualifiers were oversubscribed.

Similar to the 2012 qualifying system, registration for your regional qualifier will be exclusive to in-region teams for a period of time (2 weeks) and then opened to out-of-region teams. Additionally, whichever region a team qualifies in will receive the allocated spot for future seasons, regardless of their home region. A team/player may only attempt to qualify in one region.

NAH is also presenting a package of proposals for regional restructuring to solve a variety of travel issues and competitive disparities within the current system. These changes to regional structure will be voted upon only by the club reps from the affected states and provinces.

*NAH explored splitting Cascadia, mostly based on the number of competitive teams in that region, but didn’t have the same travel issues as the Midwest.

Additionally, the following states are proposed to change regions, for logistical reasons, and due to the changes in the Midwest. These changes to regional structure will be voted upon only by the club reps from the affected states:

Finally, a number of clubs close to regional borders would be moved to their adjacent region, where they are not near any other clubs in their own region: 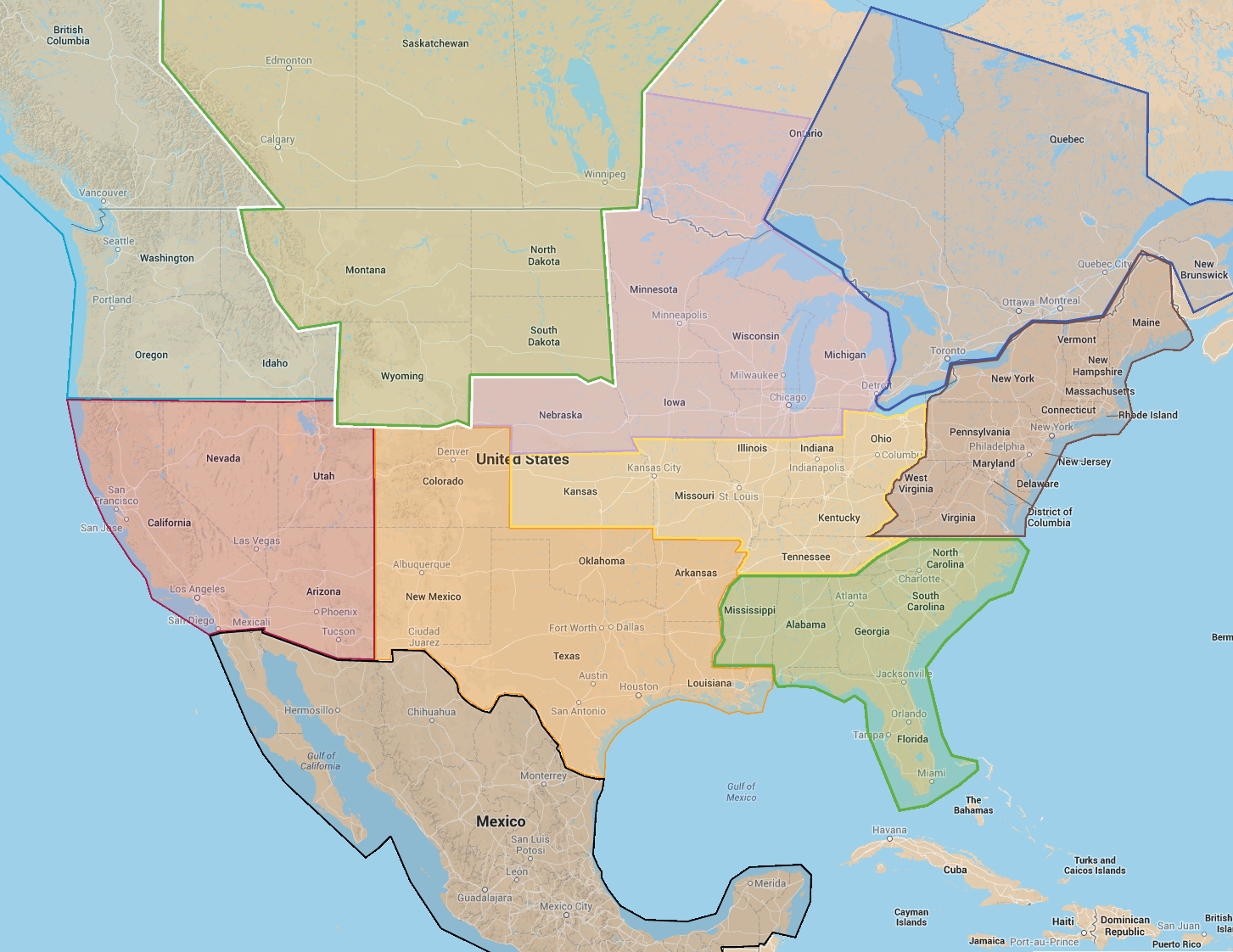 Most regions and clubs significantly affected by these changes have already been contacted, and have been part of this proposal process.

Providing this proposal is approved, the addition of regions would require changes to the NAHBPC allocation process. These changes would emphasize the quality from the top regions, but also make sure each region is represented, regardless of their performance the previous year.

It is important to note that the top 24 teams from the NAHBPC would continue to be the determining factor for allocating qualifying spots for as long as this regional structure is utilized.

The following rules would decide on the allocation for each region:

This would give us these allocations for 2014 (assuming the Champions spot, and all spots allocated to regions are claimed):

*in the case of Mosquito (Saskatoon, SK) their Top 24 spot remains in Cascadia, as it would be under the Open Region system. No other top 24 teams have changed region through the regional changes.

**the Midwest teams have been divided geographically, based on their home club at the time of qualifying.

*** To allocate remaining spots the Regions with only 2 are granted a third spot (for their podium), and after that the additional spots are given to the regions who had the MOST teams in the Top 24 of the prior competition.