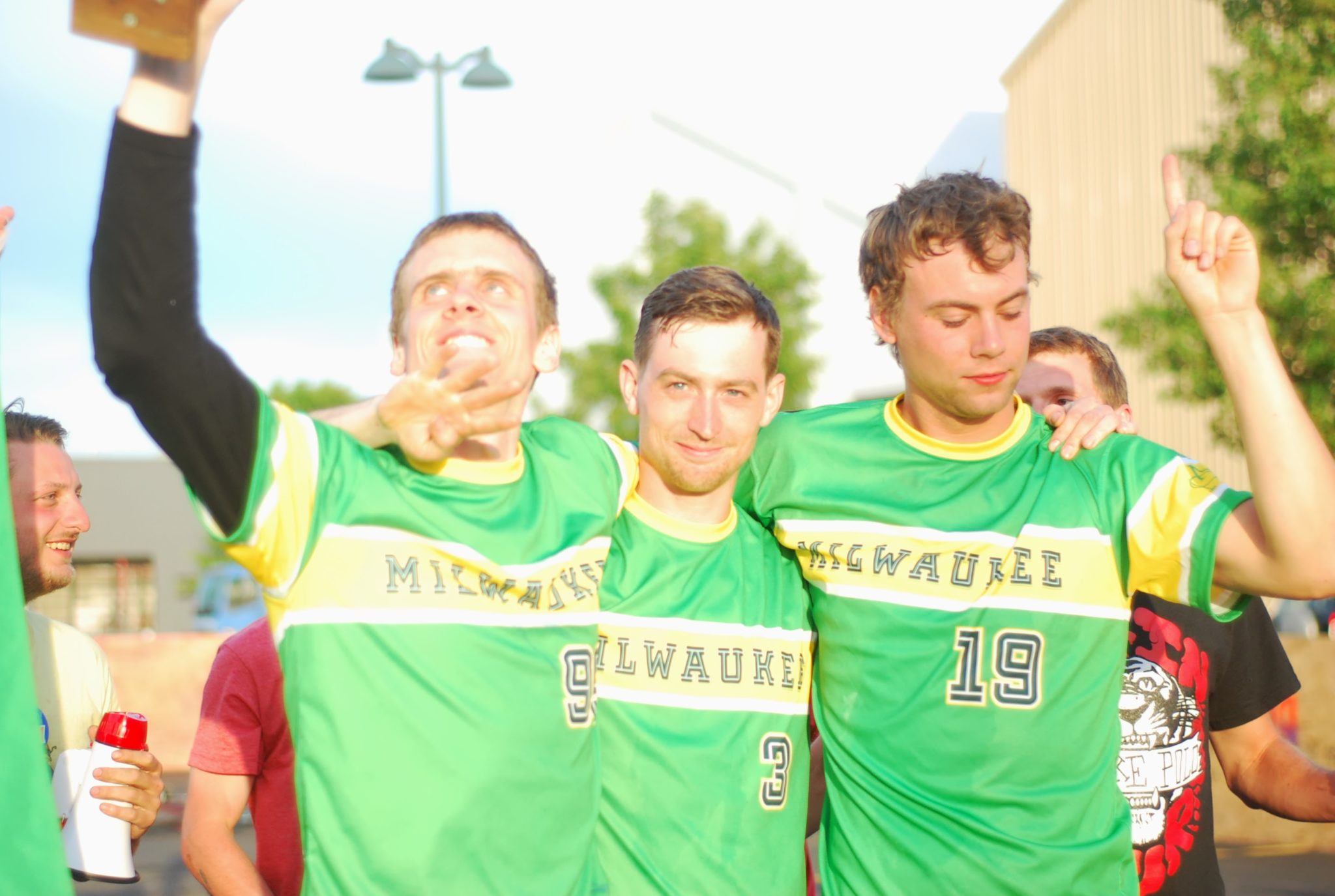 The weather and courts were both fantastic in Columbus, Ohio this past weekend for the Midwest Champeenship 11. Anyone watching on bikepolo.tv or following on podium would have noticed a great deal of upsets, new teams stepping up and the overall quality of play improving in the Midwest. Everything from the playoff for the 9th place spot to the final loser’s and winner’s bracket games showed that the skill gap is closing among the Midwest’s competitive players.

This incarnation of the Beaver’s managed to secure their 4th consecutive Midwest victory, and the newly assembled 2nd, 3rd and 4th place teams did not make it easy for them. Congratulations Brian, Kremin and Pierre, and everyone else who competed this past weekend. Good work Columbus.